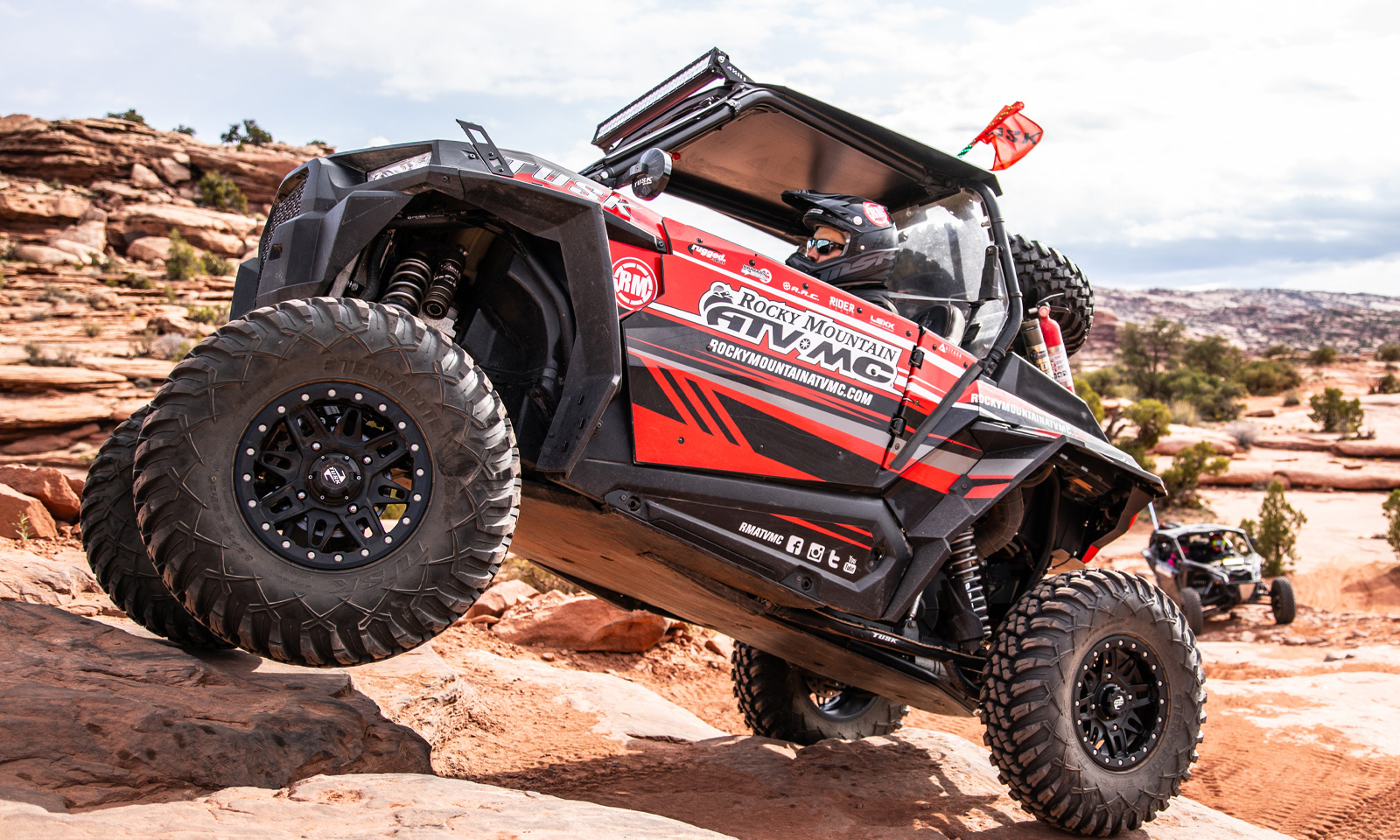 Many new announcements for the International Off-Road & UTV Expo including new vendors, charities, and more!

We are proud to have Rugged Radios back as our presenting sponsor on our 5th year. Check out some highlights and awesome things that Rugged Radios has to offer.

Geiser Brothers are returning to the IOUE. Since the very beginning, way back to the Original Arizona Sand Expos, the Rick and Jeff Geiser have always supported the hometown show. We have no doubt they will bring some of the best builds in the industry to the expo. Hopefully we will see their new Bronco Build(if it survives the Baja 1000) and a few pre-runners and Trophy Trucks. Regardless of what they bring it will be some of the best you have ever seen. Come see some of the most Wicked Celebrated Trophy Trucks and Pre-Runners in the Desert. Don’t forget to pick up a T-Shirt, hoodie, hat and show your support for Arizona’s Own Geiser Brothers and one of the Nations Original and Best Trophy Truck build teams. See you at the Expo!

Speed SXS will be attending the AZ International Offroad and UTV EXPO.  We are excited to showcase the vehicles and designs of both Robby Gordon and Todd Romano.  Speed will have on display a Speed 77 2 Seat Pre Runner and a new 4 Seat Speed UTV.

Andy Myers, founder of the event reached out and said the AZ market wants to see these cars, they need to be at the show!  We can wait for our current customer and new customer to see what we have built. Speed is all we know, and we are happy to share it with everyone.

BFG is Coming to the IOUE

After years of conversation BFG is finally coming to the International Off-Road & UTV Expo. “It’s been a long time in the works, and things on everyones ends need to come together but we did it, and I am super happy to have them in Arizona” states show owner Andy Myers. Look for BFG and their new UTV Tires at their booth in the front hall of the Expo! See you there.

In 1870, Dr. Benjamin Franklin Goodrich founded the first tire factory in North America, in Akron, Ohio. Even then, performance was already an integral part of the brand’s DNA. This led Charles Cross Goodrich, son of Benjamin, to establish the very first tire research centre in the United States. As a result, BFGoodrich began to stand out from the competition as early as 1903, when it provided the tires for the Winton Touring Car, the first car to cross the North American continent from east to west.

BFGoodrich soon identified another means of improving mobility by entering the rapidly expanding industry of aeronautics. This allowed the challenge-oriented brand to push the limits in new ways. The brand was involved in the 46.5 mph speed record set in 1909, at the first international air race held in Reims, on a Curtiss Aeroplane Corporation plane.

The 1920s presented the chance to conquer a challenge that was once thought unthinkable. In 1927, BFGoodrich provided the tyres for the Spirit of St. Louis, in which Charles Lindbergh made the first nonstop transatlantic flight in history.

It’s more than just crossing the finish line first that excites us. BFGoodrich is driven to produce industry-first technology in all of its tire segments.

Rocky Mountain ATV/MC is Coming to the IOUE

We are excited to have Rocky Mountain ATV/MC exhibiting at the IOUE this year. This is a big deal for us as it marks the beginning of our move towards becoming a B2B event. Rocky Mountain ATV/MC commitment to our expo pushes us into the path of becoming the USA’s new Powersports Show. With over 200 exhibitors and this being our 5th year we are well on our way to making our dream come true. Visit Rocky Mountain ATV/MC and check out all their products, projects, and score some deals. Also, if you don’t mind Thank Them for supporting the Expo.

Rocky Mountain ATV/MC came from humble beginnings. Founder and CEO, Dan Thomas, created the company after seeing a need for ATV wheels and tires back in 1985. Dan was a proficient off-road racer and could often be found at desert race events along with his family on weekends throughout his teenage years.

Throughout the years, he has grown the company by creating a powerhouse team around him to handle different aspects of the business. Many of these team members have been here for years nurturing and developing their departments to meet the demands of growth.

The Rocky Mountain mission is to provide a positive workplace where individuals can grow and participate in the ongoing growth the company experiences. Our company is rooted in these core values.

Today Rocky Mountain ATV/MC is one of the most respected distributors of motorcycle and powersports products. From Motorcycles, ATV’s, UTV’s and more.

“The Rocky Mountain organization’s goal is to pursue a course of excellence in the business model by providing growth opportunities for the individual as well as the company. With the mission in mind, it is the company’s desire to provide customer service and product selection that is second-to-none in the powersports industry. To achieve this goal, we must be geared to accept and embrace change.”

“Years ago I worked extremely hard to get EnduroCross back to Arizona. After an 8 year hiatus from the Arizona scene I finally convinced them to come back, and they did! A big part of that push was to get eyes on Destry Abbott and to support an Arizona Legend that was going through some tough times. The result was huge, by incorporating the EnduroCross event into the IOUE we were able to sell it out, and too my knowledge it was one of the first times they sold out a race. Now the Prescott event is one of the top in the country, and all I can say as a motorcycle fan, is AWESOME!” For the Second year in a row Destry is coming out the Expo, this year displaying his skills over obstacles and and on flat terrain. If you love riding, don’t miss watching one of the top riders in the World at the IOUE this December 6-8 at WestWorld in Scottsdale, Arizona.

One of the all-time greats of desert racing, Abbott holds 10 major championships and 7 gold medals from the International Six Days Enduro.  He has countless other victories on the bike as well as his victory over leukemia.  He’s a husband, and father of two.  Abbott is truly one of the greatest and most respected in the motorcycle industry. Currently he is sponsored by Thor, races KTM’s, and gives clinics and training to both future champions, weekend warriors, and works with his son, Cooper Abbott who is now competing in pro endurocross races, as well as King of the Hammers.

$5 off all online entrants to the Ultimate UTV Championship Show-N-Shine, Fly-N-Hi Flex-Off, SandCraft Horsepower Wars, W.E Rock Urban Krawl, and the Lifted Trucks.com Show-N-Shine. Register today for any of the above events and a portion of your entrance will go to the Ronald McDonald House. REGISTER TODAY AT OFFROADUTVEXPO.COM