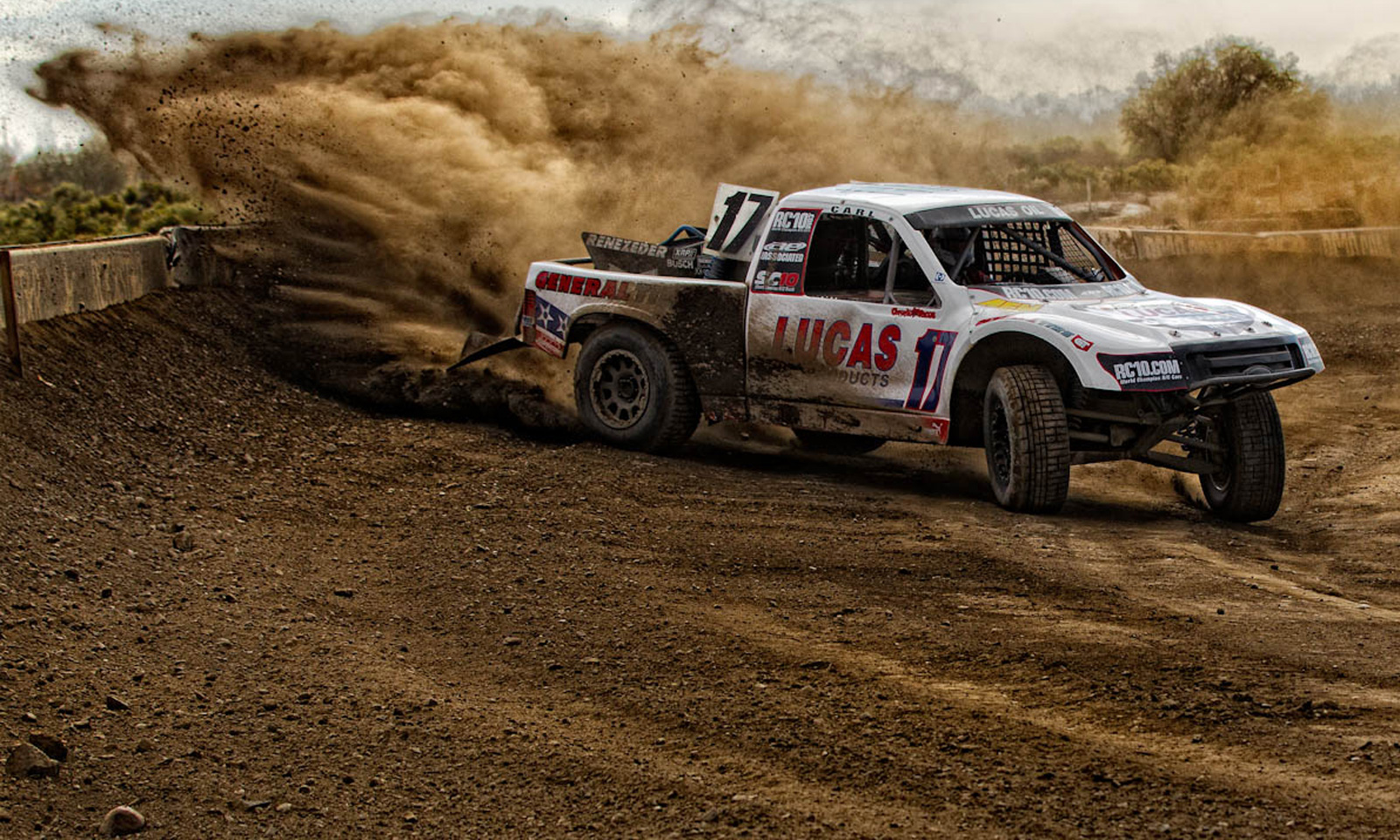 After a 10 year absence, Team Renezeder will be bringing their famed #17 Lucas Oil/BFGoodrich Ford PRO 4 to Crandon. The appearance in the Crandon World Cup, part of the Red Bull Signature Series, will represent a special stop in Renezeder’s final season of short-course off-road racing.

Part of the Red Bull Signature Series, the Crandon World Cup is an independent, non-denominational short-course off-road race open to all Pro-class racers from around the country. The Crandon World Cup will be part of a 48th annual Labor Day Crandon World Championship weekend that last year attracted 49,600 fans to the 400-acre facility over two days of racing.

Renezeder, who turned 53 on April 16,  has announced plans to retire at the end of the 2017 season. As part of his “Legacy” tour, Carl will arrive in Crandon ready to compete on Sunday, September 3rd in the morning’s Crandon PRO 4 World Championship and later that afternoon as part of the 8th AMSOIL Challenge Cup, the richest race in the sport.

“Our race team and my family have wanted to return to Crandon for a very long time,” explained Renezeder. “Some of our best memories have come from racing there and enjoying some of the best fans the sport has to offer. The chance to return in our last year of full-time competition and the race in the independent Crandon’ World Cup was perfect timing and an opportunity we couldn’t pass up.”

“We are looking forward to having Carl Renezeder join all the racers from the west coast for the Crandon World Championship Off-Road Race weekend,” explained Crandon President Cliff Flannery. “Carl’s return is exactly why we created the “Superbowl” of short course racing via the Crandon World Cup. I know our fans are going to be very excited to see him back here as well.”

The intense, door-to-door combat of short-course off-road racing expected at the Crandon World Cup will be broadcast to millions of households as part of the Red Bull Signature Series as a special 90-minute broadcast highlight program scheduled for airing on Sat., Oct. 14th at 3:00pm (EDT) on NBC. Produced by Red Bull Media House, the show promises viewers a captivating mix of high-energy motorsports and the downhome American narrative only an organically unique place like Crandon can provide.
Fans from around the country are expected to invade Crandon’s immense facility, which now features expanded seating and food service thanks to the newly completed Vision Wheel Hospitality Complex. More than 2,000 all-grass campsites will again offer the true “Crandon Experience,” with family and friends coming back year after year. While the Main Camp, Racer Camping, Camp 5 and most of Camp 2 is sold out, fans can still reserve remaining Camp 2 and Camp 3 sites on a first-come, first-served basis by visiting www.crandonoffroad.com.

Every athletic form of competition has its iconic “holy grail” location; magic places that organically merge time, place and history in locations often imitated — but certainly not duplicated. For off-road racing, that unlikely theater of speed is found deep within Wisconsin’s Northwoods at a place better known as the “Big House.” Located just 100 miles northwest of Green Bay and just outside of the tiny hamlet of Crandon (population: 1,386), Crandon International Raceway has provided three generations of fans with dirt throwing, high-intensity action and history-making performances. Crandon’s purpose-built, 400-acre facility is the finest on earth and has long hosted the largest crowds in short-course off-road racing history. Featuring 2,000 grass camping sites, in 2017 fans will enjoy two big weekends of racing each year including June’s Brush Run event and Labor Day weekend’s 48th Crandon International Off-Road World Championships®, featuring the Crandon World Cup. The facility will also be open for summer camping so adventure enthusiasts can enjoy “the Crandon Experience.” For more information please visit www.crandonoffroad.com.

About The Red Bull Signature Series:

The Red Bull Signature Series is the most progressive action sports property in the world, featuring best-in-class events such as Hart Lines, Joyride, Straight Rhythm, Hare Scramble, Volcom Pipe Pro and Rampage. These events represent a collection of the most innovative surfing, mountain biking, skateboarding, and motorsports events on custom courses inspired by the athletes themselves. Red Bull Media House and the NBC Sports Group showcase this world-class property of action sports events all year long on Red Bull TV and NBC through state-of-the-art production and storytelling. For more information, please visit www.redbullsignatureseries.com.