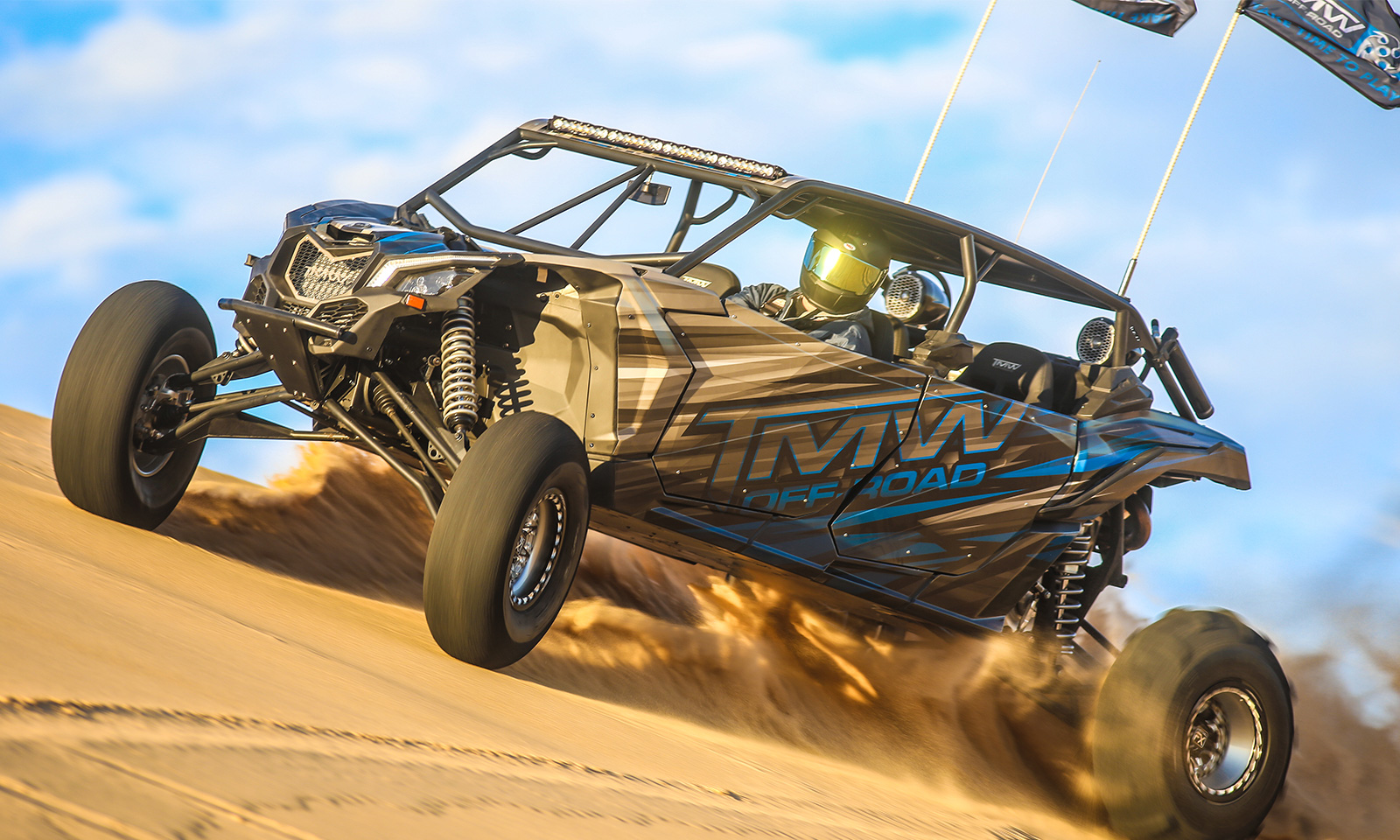 But your Tickets in Advance and Save!!!

“It is with great joy for me to announce that the 5th Annual International Off-Road & UTV Expo (IOUE) is PACKED with exhibitors. We are down to the wire and we only have a few exhibit booths left inside.” States Andy Myers show promoter. Please buy your tickets online and save! Only $15 daily or $30 for the entire weekend.  Kids under 12 are always FREE! This is a Family Friendly Event with activities for the KIDS!

GET YOUR WEEKEND TICKETS NOW

The rain has been horrendous, and a lot of the course is under water. Wise decisions by Veterans of Off-Road racing are being made now for the safety, the erosion aspects, and the ability for all teams to get a fair shake at winning and finishing. Clearly the AWD Trophy Trucks, and 4 Wheel Drive capable vehicles and UTV’s have a huge advantage in the 52nd SCORE International BAJA 1000. Race Starts Saturday Morning and HUGE Crowds are expected. I am heading down tomorrow!

Last year, Baja’s biggest Off-Road Ambassador brought home the Trophy Truck win at the Baja 1000. Can he repeat? Ryan Arciero, Andy McMillin, Rob MacCachren, and a slew of others are strong contenders for the win. Steele will be equaling out the AWD competitors by driving a Team C Mason all-wheel drive trophy truck with Ricky Johnson.

After a frustrating loss at the Baja 400, points leader Andy McMillin is determined to win the Baja 1000. His loss a few weeks was rough. Andy and Bryce Menzies have combined their teams into one venture to win the 52nd Baja 1000. They will both be in the Red Bull Mason Motorsports Inc #31 Trophy Truck.

It’s cold, it’s wet, and it is muddy. Clear, clean air is a plus, but slop is going to cause issues. Already SCORE International has made some course changes. The weather aspect is certainly going to cause issues for a lot of teams, the AWD teams are for sure going to have an advantage.

TMW is Coming to the International Off-Road & UTV Expo

TMW has been part of all the Arizona Expo’s show since they opened their doors. This year is no different. Noted as one of the Top 5 Builders in the UTV World TMW always brings the sickest UTV’s in the industry.  Be sure to check out their 2020 Can-Am build they did for Vision X, it is amazing!

Sandcraft RCR is Coming to the International Off-Road & UTV Expo

Since Day 1 of the return of the Expo 5 years ago, SandCraft RCR has been a loyal supporter of the show and the Arizona UTV Community. Brent Reynolds has been building cars and fabricating for as long as I can remember, and he was always part of the old Arizona Sand Expo events. When Reynolds and John Roberts teamed up, I knew it was a win for both of them and the UTV Community.  I was not wrong. 5 years later Sandcraft RCR is a Staple in the UTV industry. In only 5 years they come to be known for some of the best builds, products and paddle tires in the industry.

The recently revealed Ford Bronco R race truck, which made its debut in early November, will race in the Baja 1000, 50 years after desert racing legends Rod Hall and Larry Minor won the 1969 Baja 1000 in a Ford Bronco. The modern take on the Bronco will be driven by several notable drivers including Rod Hall’s granddaughter Shelby Hall, Cameron Steele, Jason Scherer, Steve Olliges, Brad Lovell and Curt Leduc. The Bronco R will race on 37-inch BFGoodrich® All-Terrain KDR2+® tires.

This year’s race also features a reimagining of the legendary “Baja Boot” raced in Baja by Steve McQueen and other desert racing pioneers in the 1960s. Scuderia Cameron Glickenhaus (SCG) will debut the 21st century interpretation of the iconic Boot in the Baja 1000. The unique vehicle can overcome the toughest off-road obstacles on the course but is also designed to be street legal. SCG selected 37-inch BFGoodrich® Baja T/A KR2® tires for the race.

OK folks, here is what we know about the Baja 1000 Updates:

Course will go up to Saldana and then turn south on traditional Score course and go to Borrego. More changes to come:  Start time (daylight) and start location (Ojos Negros or Acambaro/Santo Tomas).All will be confirmed at Driver’s Meeting tonight, so entire race plan will need to be re-written.  Including pits, but we expect to keep approx usual pit locationsTo our pit, chase, and support crews:  Be patient and flexible.  Gracias!